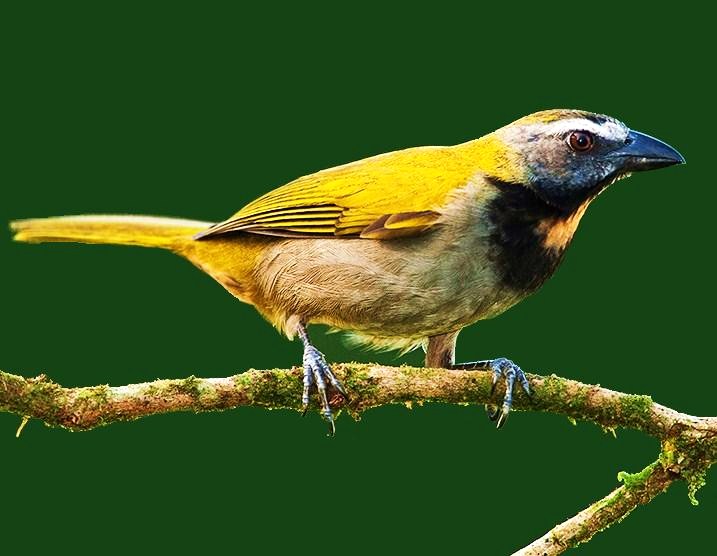 This species occurs from southern Mexico south to northwestern Colombia. then found east of the Andes from Colombia, east through Venezuela and the Guyanas and south to eastern Bolivia, Paraguay, and south central Brazil. There also is an isolated population in the Atlantic forest region of south-eastern Brazil.

Size:
Buff-throated saltators are 20 cm long and weigh 46-50 g.
Habitat:
They favor the edges of humid lowland forest, and can be found foraging in mid-level foliage or less often in the canopy inside the forest. This species enters forests only a short distance in order to forage and rarely enters to nest. They also visit shady plantations, dense vegetation, brushy pastures and gardens near the edge of forests. They are found from sea level up to an altitude of 1.600 m.
Diet:
The buff-throated saltator eats fruits, buds, seeds, nectar and slow-moving insects including ants and wasps.
Breeding:
They breed in February-August. The nest is a bulky cup placed in a tree or bush from ground level up to 9 m high. The female lays 2-3 pale blue eggs which she incubates alone for 13-14 days. The chicks are fed by both parents, fledging 13-15 days after hatching. Each pair may produce 1-2 broods per season.
Conservation:
IUCN status – LC (Least concern)
With a very large breeding range and a population estimated at 5-50 million individuals, this species is not considered threatened at present.